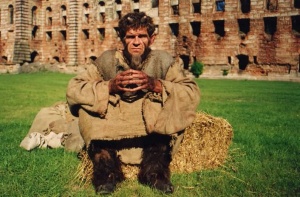 Lech Dyblik as Torque in The Hexer.

Torque is a sylvan who lived in the fields of Lower Posada in Dol Blathanna. He tried to help the elves who lived in the Blue Mountains, and had an agreement with them: grain and corn and other agricultural goods, without killing humans. He appeared in the short story "The Edge of the World".

The same story is retold in episode 7, "Dolina Kwiatów", of The Hexer TV series. He is portrayed by Lech Dyblik.