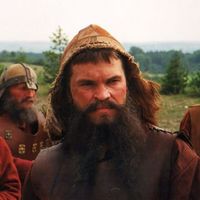 Yarpen Zigrin was a dwarf, an associate of Geralt, a dragon-hunter and a veteran of the Battle of Brenna. In the novels, we first met him and four of his men escorting a convoy for King Demawend along a forest trail through Kaedwen. Geralt, Triss Merigold and Ciri are travelling towards Ellander from Kaer Morhen when they caught up to the convoy.

He was in charge of a band of dwarves, originally six men, but later just five, since Lucas Corto settled down and got married. In the short story "The Bounds of Reason" Geralt met the band outside Barefield just after they'd apparently slain a dragon called Ocvist. The band originally included:

In the graphic novels, illustrated by Bogusław Polch and written by Maciej Parowski, Yarpen first appears in "Geralt", as a member of Renfri's band of seven gnomes (despite being a dwarf, not a gnome), and later in "Granica możliwości", based on the short story he first appeared in. 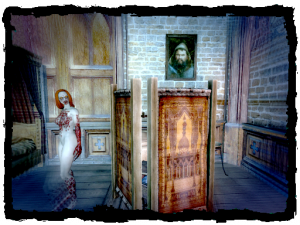 In The Hexer he was played by Jarosław Boberek. He appears in the movie and in episode 4 of the TV series, entitled "Smok" ("Dragon"), based on the short story "Granica możliwości" in which he first appeared. Apparently the fact that the actor is not actually a dwarf, and taller than the actor who played Dandelion did not apparently matter in the casting or filming.

While Yarpen himself does not appear in The Witcher computer game, he is mentioned as being present at Geralt's death by Dandelion during Shani's party. Also, a portrait of Jarosław Boberek as Yarpen from The Hexer movie can be found in several locations in the game; most notably as an Easter egg in the House of the Queen of the Night brothel, possibly due to his status of valued client. Boberek also voiced the Professor in the Polish version of The Witcher. 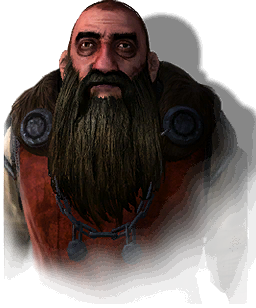 Depending on the path chosen by Geralt, Yarpen is first encountered at The Cauldron, in the company of Sheldon Skaggs and Zoltan Chivay, or during the quest "The Blood Curse", keeping watch with Skalen Burdon at the Mahakam Gate in Vergen. He also recalls his past, albeit differently, stating that he and his company escorted a convoy under service for King Henselt at the time, not Demavend.

Our friendship with Yarpen Zigrin stretches back a long time. It began during the famed hunt for the golden dragon, which not only was not caught, but also beat up its hunters. Those events were later described in one of my ballads, and anyone interested in the story should read it. Zigrin, like most of his kin, is characterized not only by his love of gold, but also by his bawdy sense of humor, sober outlook, pragmatism and loyalty to his friends. Geralt mentioned that he later met Yarpen and his lads"in his majesty's secret service", the majesty in question being Henselt of Kaedwen, for whom they were escorting a secret cargo. Though their own situation was not cheerful at all, they nevertheless aided the witcher, easily proving that a dwarf won't abandon a friend in need.

In the Polish version of the game, Jarosław Boberek voices Yarpen, reprising his role from the film and TV series.

Yarpen is mentioned by a former dwarven associate in Novigrad during the quest Of Swords and Dumplings.