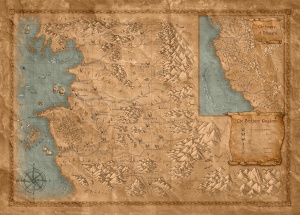 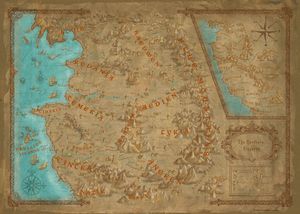 World map in The Witcher 2 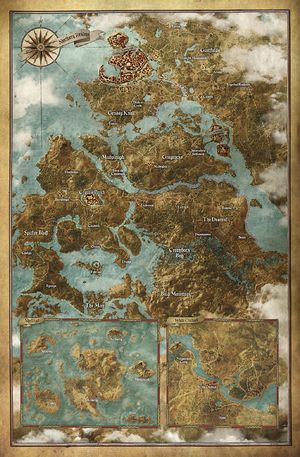 World map in The Witcher 3 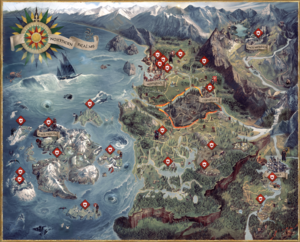 Stylized world map of The Witcher 3 from the official site

The world maps provided in The Witcher game series and on this site are based on a high quality, but imperfect fan-created map. This hand drawn map (mapa świata, in Polish) was used by CD Projekt RED to create this map provided, but errors were transcribed onto the final image. In particular, there are known errors in the north and with some battle sites.

A discussion of the exact geographic borders and other locations can be found on this page.