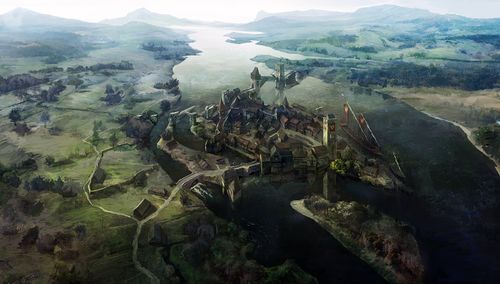 White Bridge is a settlement connecting the two banks of the river Pontar that lies somewhere near Hagge.[1] Two warships travelling to White Bridge or Hagge are met by the barge of Malatius and Grock Company on which Geralt was hired to ensure that it is not attacked by monsters.