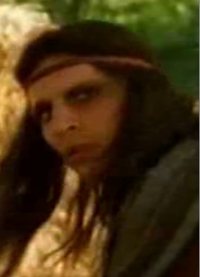 Vanadáin is an elf of Blue Mountains and Dol Blathanna.

He appeared in the short story The Edge of the World, playing Dandelion's lute, wearing a jacket decorated with feathers.

In the episode 7 of The Hexer TV series, Dolina Kwiatów, based on the short story, Vanadáin appeared, too, strumming Dandelion's lute, but the name of the actor was not given.