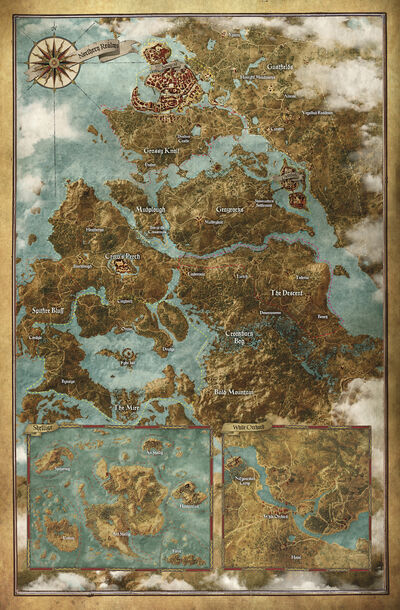 Official world map of The Witcher 3 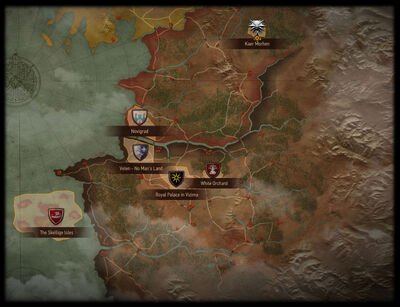 The The Witcher 3: Wild Hunt contains a multi-region world with diverse locations. They include:

Major areas in the Pontar (undivided locations on the same world map):