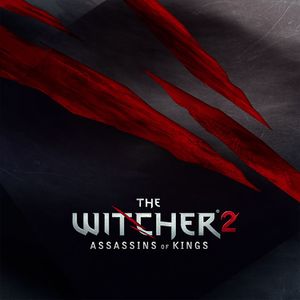 The soundtrack for The Witcher 2: Assassins of Kings computer game was composed by Adam Skorupa and Krzysztof Wierzynkiewicz. The soundtrack CD is included with the game. It consists of 23 tracks with the total running time of approximately 73 minutes 1 second. Four additional tracks were released through GOG.com.

On the GOG.com version, there are 23 more tracks:

On September 9, 2015, an additional track was released, along with the full 46 track list for Apple Music, Google Play Music and Spotify.

Additional tracks for the soundtrack were released in two versions, one available for digital download and the other on CD via Empik store game preorder. Official names of two last tracks are unconfirmed.

The list of tracks from the Empik preorder CD (most of these additional tracks were later included in the enhanced edition of the soundtrack):