The Witcher: Rise of the White Wolf 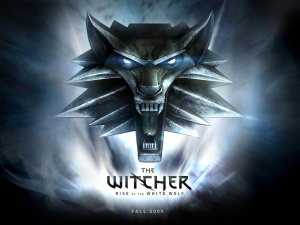 The Witcher: Rise of the White Wolf

The Witcher: Rise of the White Wolf (Polish: Wiedźmin: Powrót Białego Wilka) is a cancelled console role-playing game for the Xbox 360 and PlayStation 3 by CD Projekt RED. Its development was mainly outsourced to French developer Widescreen Games. Originally going to be released in the fall of 2009, in April 2009 development was suspended indefinitely and the entire project later scrapped.[1]

While featuring the same narrative as The Witcher computer game, based on the book series of the same name by author Andrzej Sapkowski, it would use a new engine, created in cooperation with Widescreen Games, and a new action-based combat system.

On 2 December 2008, CD Projekt RED announced that The Witcher would be ported to PlayStation 3 and Xbox 360 consoles. It had been built from the ground up using Widescreen Games' DaVinci Engine and featured a host of differences.[2] According to CD Projekt RED senior designer Jakub Styliński, the game featured a new interface, redesigned boss battles, new music, "a smattering of new models", and a redesigned character development system, in addition to an entirely new action-oriented combat system with enhanced AI, additional motion-capture animations and the ability to directly control Geralt's defensive maneuvers.[2] CD Projekt also confirmed that Rise of the White Wolf would have featured downloadable content.[2]

After five months, issues arose because Widescreen Games had not meet production deadlines and were wanting to push back the game's release by four or five months. CD Projekt had donated a dozen developers to assist the studio and invested large amounts of money into the project, incurring high amounts of debt owed to North American publisher Atari.[3]

The game uses an entirely new engine and will feature a new action-based combat system that takes full advantage of the console controller.

Alchemy is a major part of gameplay. The player can create potions that increase health or endurance regeneration, allow Geralt to see in the dark, or provide other beneficial effects. The recipes for these potions can be learned through scrolls, or by experimentation. Once the player creates an unknown potion he can choose to drink it, but if the potion is a failure it will poison the character. Each time Geralt drinks potions they increase the toxicity level of his body. This can be reduced by drinking a special potion or by meditating at an inn or fireplace.

In addition to potions, the player can also create oils and bombs, respectively used to augment the damage done by weapons, or as weapons in combat. Neither can be created until talent points have been allocated into the corresponding skills.

Like the PC original, Rise of the White Wolf follows the story of Geralt, a mutant "witcher" — a traveling monster hunter for hire gifted with unnatural powers.

The game is centered around Geralt, who at the beginning of the game suffers from amnesia. He gradually learns that he was a very renowned witcher, and that he had friends and enemies almost everywhere who remember him but whom he does not remember. Through the player's actions, he will redefine those relationships and choose his path in the political intrigue that surrounds him.

The developers have often said that their main goal with the game's storyline was to give choices to the player where there was no clear good or evil, and where the player would have to choose the lesser of two (or more) evils.