The Scent of Incense

The Scent of Incense is a secondary and optional quest in Chapter I of The Witcher 2: Assassins of Kings.

Geralt receives this quest when he meets Vencel Pugg down by the docks in Flotsam. The scholar wishes to obtain a certain formula for some incense being sold by a local shopkeeper. Geralt agrees to get the recipe for him and heads off to find the incense shop. On the way to the shop, Geralt encounters some angry townsfolk who want the incense shop shut down, thus spawning a secondary quest "Little Shop of Dreams".

Once at the shop, Geralt can either convince the shopkeeper to give him the real formula, or accept a close substitute.

He then returns with a formula, either real or fake, to the scholar who tells the witcher that he wants to test it in his laboratory, to see if it is valid. At this point, Geralt can either agree or take back the recipe. If Geralt doesn't give the alchemist a recipe, the alchemist leaves making ominous threats, ambushing Geralt later on in the forest. The quest will later be marked as failed once Chapter II starts. Furthermore, the secret lab will not be accessible any more.

If the formula was fake, Pugg orders his men to attack Geralt and the witcher kills the guards and the scholar as he had connections with Bleinheim, a member of the Salamandra organization in Vizima.

Finally, if Geralt did kill Pugg and the guards, either by offered game option or by drawing his sword in the secret lab, he has two options to leave the laboratory: by the cave entrance, or by boat. If he chooses to leave by boat, he will be able to use that same boat later to go back to the lab if he wishes. If he leaves by the main entrance, the option to use the boat is lost permanently, although he can still return to the lab through the cave entrance. 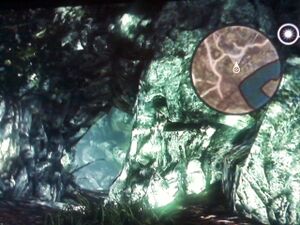 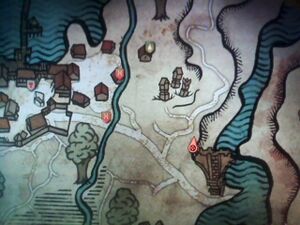 Under the right conditions, this cave will never actually appear to you. If you were blindfolded on the way in and out of the cave, and having never fought the thugs, the cave will not be accessible once the quest is complete. There will simply be a rock wall where the entrance is/was located.

Do you like the scent of incense? Then Listen. Geralt met a scholar at the harbor. The man claimed that one of the local shopkeepers sold incense producing poisonous smoke. He could not prove the murderous trade without producing a recipe for the incense. Geralt promised to get the man a recipe for a tidy sum of orens.

If Geralt gets the real recipe:

Did you think getting the recipe was difficult? Not at all. Geralt brought the information to the scholar at the harbor.

If Geralt gets the fake recipe:

Geralt got a recipe, of course. It was for an incense with very similar composition, and the witcher thought the scholar would not see the difference.

If Geralt does not give the alchemist a recipe:

Geralt found the recipe, but on his way to the scholar he changed his mind and did not give it to him in the end. The learned man did not take the refusal well. A menacing 'we will meet again' echoed in the witcher's ears as he walked away.

A good scholar takes nothing at face value. After the witcher gave him the incense recipe the scholar from the harbor wanted to test its authenticity in his laboratory and agreed to meet the witcher on the market side of the gate.

If Geralt does not agree to be blindfolded:

Geralt laughed at the notion of covering his eyes. He demanded to know the location of the laboratory and brought the recipe there.

If Geralt agrees to be blindfolded:

The witcher agreed to have his eyes covered and was led to his employer's hideout. Thus he walked straight into a trap. Yet it was a trap set by amateurs, and Geralt was a professional.

If Geralt kills the alchemist and his henchmen:

Geralt dealt with his employer and the others. Science was unharmed, however, because they all turned out to be fisstech dealers and the remnants of Salamandra, an organisation which had crossed the witcher long ago.

If Geralt leaves without killing the alchemist and his henchmen:

The scholar was not whom he claimed to be, but it made no difference to the witcher. He knew he gave the man a recipe for fisstech, caring only about his reward. He left content.