The Endrega Contract is one of two contract quests in Chapter I of The Witcher 2: Assassins of Kings.

Endrega Contract
Faced with the insolence and bestial menace of the creatures known as endregas, and concerned for the people, Commandant Bernard Loredo has decided to post a bounty for the extermination of these creatures. The brave soul who permanently rids the area of this filth will receive a generous reward from the hands of Louis Merse and will be listed in the town chronicles as a true hero of Flotsam.
Louis Merse, Town Chancellor 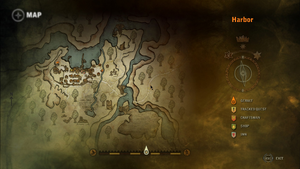 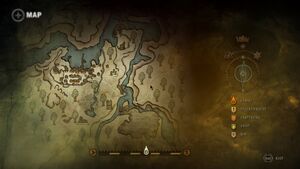 The contract to initiate this quest can be found in Flotsam, on the notice board outside the inn.

Before running to the forest you need to find more information on the endrega. A book on endregas can be obtained from Einar Gausel in Flotsam. It is also possible to obtain the book from a corpse located in the cave you are sent into for the Malena quest. Instead of buying the book, you can also keep killing endregas until you "acquire" the knowledge.

To complete this, you must open all 3 cocoons in each area and defeat each of the queen endregas that appear. Remember to clear the area of regular endregas to make this easier. Traps and the Yrden sign are your friends here. The queen is relatively slow, but does occasionally charge. Her normal attacks hurt quite a lot on normal difficulty and above, so do your best to dodge her. Using Yrden will lock her in place, allowing you to get several strong hits on her and once she starts blocking, move away and repeat the process.

An easy way to kill Queens (Assassin ability will be very handy here):

It takes some time for the queen to turn around, so it is really safe to hit her hard 3 times. 4th and 5th hits may be risky.

When you have destroyed all the cocoons and killed the queens, go back to Louis Merse to gain the reward (150

). If you also have completed The Nekker Contract, you will get a schematic to craft a Witcher's superb silver sword.

There are 2 ways I have come across to defeat the Queens. 1 requires throwing daggers and the other requires kiting( pacing the boss to avoid attacks.) Bear in mind this is not easy to accomplish unless you choose a lesser difficulty. I had to reload many times trying to figure a tactic. Best to save right before opening up the final cocoon to minimize reload time.

One these 2 methods should help to slay the Queens. Remember to use Samum bombs and other ranged weapons.

Endregas were multiplying in the Flotsam area. The monsters had become such a scourge that Bernard Loredo, though stingy by his nature, posted a bounty for their extermination. The witcher accepted the job and decided that a little theoretical preperation might pay off. Reading about the endregas' habits would be worth it.

Endregas are very similar to butterflies, except that they are ugly, cannot fly, and would choke on cabbage. All right[sic], maybe they are like butterflies, but they do weave cocoons. The witcher learned that destroying the cocoons would draw the endrega queens, and their deaths would mean the end of the swarm.

The idea proved to be right on target. The witcher dealt with the endregas and went to see Louis Merse about his reward.

Louis Merse filled out the WL-17 form and paid the witcher, but not before deducting a monstrous tax. Thus ended the endrega adventure.