It's Iorweth in the novels and so far CDP has changed it to Iorveth for the game. So for now, it will remain under Iorweth (but there's a redirection from Iorveth, so anyone using the wiki will find it), and until there is an official translation of the books, it will stay that way on this wiki. — Game widow 12:31, September 12, 2010 (UTC)

In Journal of "The Witcher 2" he is called "Iorveth". I don't argue, just wanted to notice: 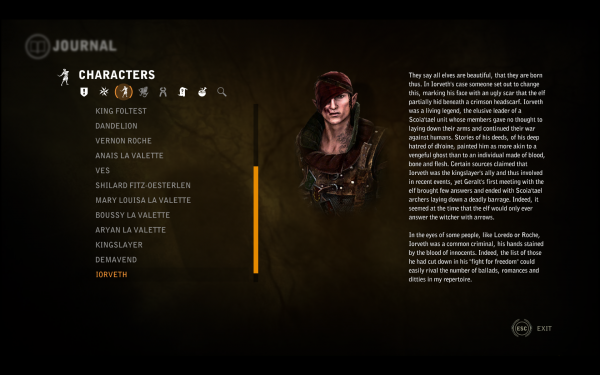 The journal section is a bit messy and it won't be easy to correct with so many changing plotlines involved.

It's not bad, but it's unnoficial as I could understand. And there're lots of people who draw things for themselves. So I think the publucation of this video here is arguable, but I'll leave Game Widow or Ausir to decide. - JohnMiles 22:42, January 23, 2012 (UTC)