From Witcher Wiki
(Redirected from Sorcerer)
Jump to: navigation, search 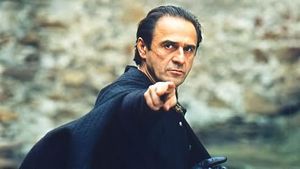 Istredd, a human mage in The Hexer TV series (played by Bronisław Wrocławski)

Mages are people skilled and educated in the use of magic. Female mages are often called sorceresses, while male mages are called sorcerers. Only rare individuals have the potential to become mages and many of those with this potential are doomed to madness. Unless the individual in question — also known as a Source — learns to control their power quickly, he or she may end up a half-insane, slobbering oracle. That is why schools of sorcery were created, where talented children study for many years, acquiring knowledge and mastering magical skills. Because of their powers, mages age more slowly than ordinary people. They can extract magical energy from the four elements, transport themselves long distances and heal, as well as kill, in the blink of an eye. They have extensive scientific and political knowledge; in the latter respect, many mages are the equals of rulers.

The words "mage", "sorcerer" and "sorceress" are used mostly to refer to people trained in magical academies like Aretuza or Ban Ard and is rarely used to refer to magic-wielding druids or priests (especially the latter, since they claim to be given their powers by the gods).

In the Witcher saga, mages are also heavily involved in politics and are well organized. In the beginning there was the Brotherhood of Sorcerers, which was later replaced by the Lodge of Sorceresses.

Mages in The Witcher 3 include:

Mages in The Witcher 2 include:

"Sorcerer" is the name customarily applied to male persons capable of commanding the Power, though it is but one of the many terms or phrases, most of them highly unflattering, to have been used over the ages. These terms have ranged from the rather respectful title of "Wise One" to the somewhat less specific "bloody son of a bitch - the plague take 'im." As for women of this persuasion - that is, sorceresses - they have been called everything from "archmistress" to a colloquial expression I will not repeat out of regard for the language and respect for the female gender. The command of the Power these mages possess sets them above mere mortals - which can be good or bad. From the dawn of time, history remembers mages either as pure-intentioned and courageous heroes or as rogues bereft of reverence and faith. Human memory tends to remember the latter for longer, which may be why common folk mostly hold people of this profession in contempt.

Mages in The Witcher include: