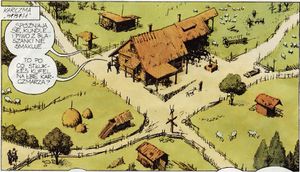 Sophia or Cophia[1] was inn in Kaedwen, near which witchers of schools of the Wolf and the Cat built their camps.

It appears only in the graphic novel Zdrada (The Betrayal).