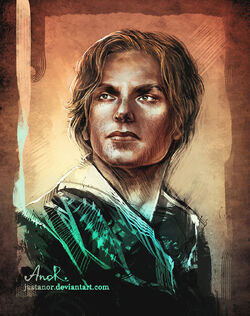 Reef was a fair-haired Nilfgaardian and one of the members of the Rats. He spoke with a distinct accent and had a naked woman tattooed on his forearm. He often took fisstech. He and the entire gang, with the exception of Ciri, were killed at the hands of Leo Bonhart in Jealousy. Before becoming a Rat he had licked his wounds alongside Kayleigh, another Rat to be.