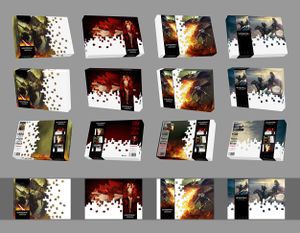 The jigsaw Puzzles belong to the CD Projekt video game continuity. Each box consists of 1500 pieces, the puzzle theme has a size of 85 x 58 cm. There is also a poster of the same size as the cover theme included in the box.