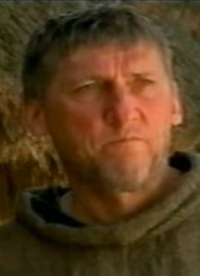 Nettly, a peasant from Lower Posada in Dol Blathanna. He caught up with Geralt and Dandelion in his cart, and said he had work for a witcher. He appears in the short story "The Edge of the World".

He was played by Waldemar Czyszak in episode 7, Dolina Kwiatów, of The Hexer TV series.