Loc Muinne is an elven town and lake on the Pontar in the foothills of the Blue Mountains. Along with Est Haemlet, it was sacked by Milan Raupenneck. 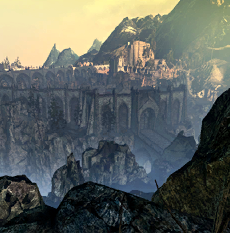 Loc Muinne is the main location where the events of Chapter III take place in The Witcher 2.

Areas within the city[edit | edit source]

Not much apart from memories of its former glory remain of Loc Muinne, an elven city situated along the upper reaches of the Pontar, amidst the peaks of the Blue Mountains. It must at one time have been a breathtaking sight, emerging from the morning mists... Today only white ruins mark where it once proudly stood. Centuries ago it was here that the sorcerer Geoffrey Monck brought with him the Sources, a group of human children with a gift for the Power, to hand them over to the elven Sages for training. He managed to overcome the distrust of this Elder Race, and it seemed that a path to coexistence and cooperation between humans and elves had been opened. Yet history took an altogether different course. A few years later Redanian armies massacred Loc Muinne's population, killing all the elves, regardless of gender or age. Thus began a war that ended with Aelirenn's uprising and the massacre at Shaerrawedd, after which most of the surviving elves retreated east into the inaccessible Blue Mountains. This example, dear reader, readily shows that but the slightest bit of effort can summarily spoil even the best of relations. 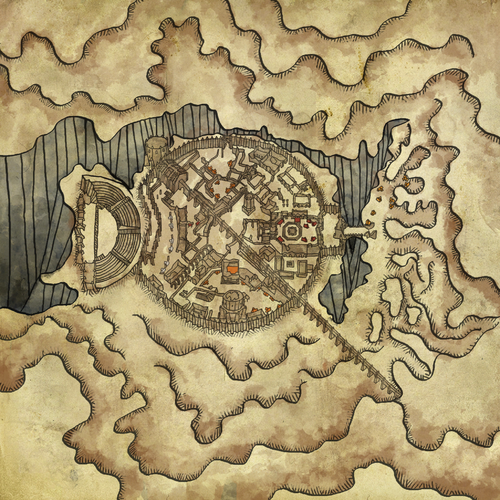 I was at Loc Muinne – that's right, the summit of summits itself. We'd gone there, my troupe mates and I, knowing there'd be a meeting of the mighty in the ruins. You see, whenever big shots gather to chew some particularly gristly fat, there's coin to be had for performing men like us – tired jaws need to relax with some laughing and indulging in other sorts of simple delights. I learned this as a lad from my old man, who'd drag me around to juggle outside courts and conventions all over the Continent. And so now, plying my own trade as a fire swallower, I told the lads up soon as I caught word of what was brewing in Loc Muinne and we turned our wagons thataway at once.

I'm not much one for politics, but I couldn't help but listen to some of it this time – you see, we Temerians had just lost our king, and our future was to be decided at that very summit, with John Natalis representing our side in the matter. Radovid was there, too, a young pup then, though emanating strength like a grey-haired alpha wolf. It seemed this wolf was licking his chops over Temeria like it was a bit of ripe carrion...

The rest was dull – a lot of talk about the uprising in Aedirn and its leader, Saskia, who they called the Virgin – though I enver got the chance to check personally whether that was accurate. The Nilfgaardians had a delegate, some Shilard fellow, and mages were there, talking about restoring the Conclave and Supreme Council of Sorcerers.

I didn't listen to much of that – my eyes were glued to the unusually large number of armed troops present at these "peaceful" talks. Steel-plated grunts clenched pointy weapons and paced the ruins' courtyards everywhere you looked. Radovid had even brought the knightly Order of the Flaming Rose, those arrogant pricks ready to bash anyone who doesn't think the same as them. Though the coin was coming in amply, we didn't wait around to see how things would develop, just loaded our stuff onto our wagon and left at a trot. As we mounted the pass, we looked back to see pillars of smoke, black as pitch, rising above Loc Muinne...