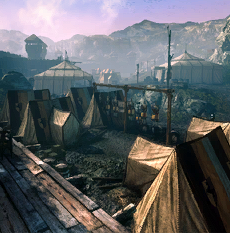 The Kaedweni camp is a major location in The Witcher 2: Assassins of Kings. It is the camp of King Henselt and his Kaedweni armies and situated northwest of the town of Vergen.

In order to gain complete entry into the main camp area, Geralt must choose Roche's path at the end of Chapter I. Otherwise, if on Iorveth's path, Geralt can enter the camp during the searching for Triss, following the quest Where is Triss Merigold?.

The camp has several shops and crafters, lots of containers to loot and many side quests.

The Kaedweni military camp greeted us from afar with the cacophony of sounds typical of such encampments. Officers' commands and sentries' shouts mixed with the growling of platoon leaders enlightening enlisted men as to their mothers' professions and why these ladies charged so little for their services. Veterans cursed, recruits sniveled, whores giggled, horses neighed and dogs barked. The din was accompanied by a jumble of smells. The stench of several thousand men who consider guard duty in the rain to be an adequate bath cannot be mistaken for any other, and this blended with the scents of boiling cabbage, foot wraps and stables. Compared to the noxious odor the wind carried from the camp latrines on sunny days, the smell of the kayran's lair seemed like that of a flowering meadow.

The main camp is divided into two main areas: 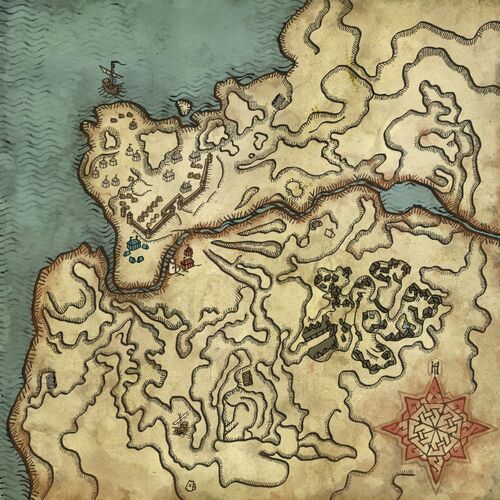