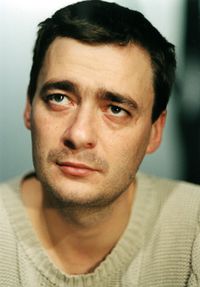 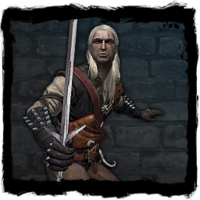 Geralt of Rivia, the character voiced by Rozenek

Jacek Rozenek (born in 1969 in Warsaw) – is a Polish TV, film and theatre actor. He voiced Geralt of Rivia in the Polish version of The Witcher computer game.

In the English version of the game, Geralt was voiced by Doug Cockle. In The Hexer movie and TV series, Geralt was portrayed by Michał Żebrowski.