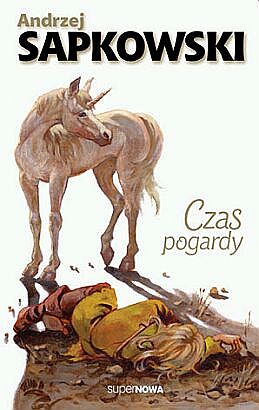 Ihuarraquax on Polish cover of the Time of Contempt

Ihuarraquax is a young pure white unicorn who wandered the Korath desert with Ciri for a few days. She saved him after he was poisoned by a sand monster by using the Force found in the element of fire, something Yennefer had expressly forbidden her to do. When they met, Ihuarraquax was really only a colt and Ciri named him "Little Horse".

Between them, they were able to find food and water for each other and likely neither would have survived the desert without the other.

In The Lady of the Lake[edit | edit source]

Ciri was reunited with a now fully grown Ihuarraquax, though she continued to call him Little Horse. He helped her escape the clutches of Eredin and the Dearg Ruadhri. The unicorn appeared also after Geralt and Yennefer's death, helping Ciri to heal/resurrect her adoptive parents and transport them to Malus Island.