A horse (hen llinge and Nilfgaardian dialect: evall) is a domesticated animal, often used as a mount or pack beast. In the novels, it is the primary method of transportation. Distances are also often measured in multiples of a "day's ride", which is said to be between 35 and 50 miles per day for very good specimens and perhaps closer to 20 miles per day for "average" animals. 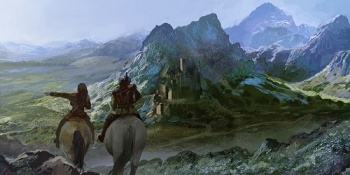 In the game players finally received the ability to ride a horse. Geralt rides the horse named Roach of course, though he can also use other horses.

You can equip your horse with: