Hey, Work's on in the Mines!

Hey, Work's on in the Mines! is a quest in Chapter II of The Witcher 2: Assassins of Kings. It is done more or less concurrently with Subterranean Life.

When you first enter, there will be three paths. The order you should explore them in (viewing from the map screen) is west, then east, then middle. At the end of the west path will be a body with a key, which opens the door in the east path (this door is tucked away in a corner and can be easily missed). In all you will find 3 different bodies containing three different keys.

There will be a point where you come across one of the nests, but clicking the

when it says "collapse tunnel" will do nothing if you do not have grapeshot bombs in your quickslots (although the game text says "beehive"). Ideally you should have purchased these in the previous chapter from Cedric or made them yourself.

There are grapeshot bombs in the storage room, at the end of the southernmost point, in a small room which requires a key to open. There you'll find 5 in a chest! The body in which the key drops is at the end of a passage filled with snare traps near the end of the map, so you'll have to run the whole mine again to complete the quest...

You can always buy the grapeshot diagram and make yourself the bombs you need! 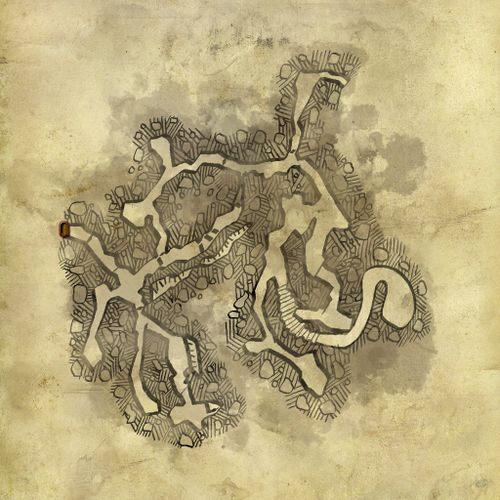 The people of Vergen had worked in the nearby mines from time immemorial. Their excavation was halted, however, once monsters began multiplying there. How happy must the elder, Cecil Burdon, have been when a witcher arrived at his town. The dwarf promised a hefty reward for clearing the beasts out from the underground tunnels.

Geralt headed beneath the ground and started looking for the cause of the problems. He quickly discovered that the miners had delved too deep and had broken through to ancient tunnels carved by creatures never meant to see the light of day. The creatures were entering the mines through fissues in the rock, and Geralt decided to collapse these branches using bombs known as beehives.

The monsters were exterminated and the breaches they had used to enter the mine shafts were collapsed. There was nothing else to do but head to Cecil Burdon for the reward.

Vergen regained its mines. The elder was pleased and rewarded our hero.