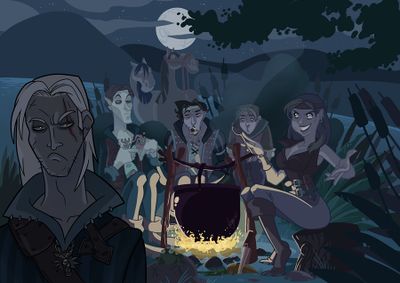 It was declared in Riverdell, as a symbol of its members' commitment to the cause of finding and rescuing Ciri. Whereas up to this moment the companions considered themselves or each other more or less a rag-tag group of free agents, from this point on they became a unit, a singular entity with a common goal, supporting and depending on each other, under Geralt's leadership.

Dandelion left the hanza when choosing to stay in Beauclair with his beloved Anarietta, claiming to have found his ideal.

The rest of the party, with the exception of Geralt (and Dandelion), died during the assault on Stygga castle.