Ge'els is one of Eredin's generals, but his greatest skills lie not on the battlefield but beyond. He is also a painter.

Intelligent, composed and endowed with massive charisma, Ge'els enjoyed the respect and trust of the inhabitants of the Aen Elle world as well as that of their previous ruler, Auberon Muircetach.

For this reason Ge'els not only retained his high-ranking position after Eredin took power, but also became one of the new king's most powerful allies, acting as his viceroy while Eredin traveled at the head of the Wild Hunt.

Though Ge'els was one of the most influential of the Aen Elle, power had never been among his driving aims. According to Avallac'h, his loyalty and sense of right and wrong constituted a weakness that could be used - possibly to tip the scales of the final battle.

As predicted, Ge'els acted out of loyalty to his former king and withdrew support for Eredin once he learned the truth about Auberon's death. This momentous act portended important ramifications for the outcome of the coming battle. 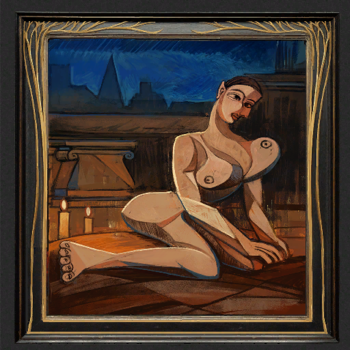