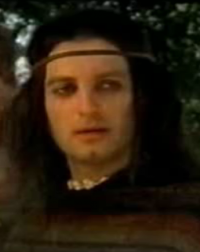 Galarr is an elf of Blue Mountains and Dol Blathanna.

He appeared in the short story "The Edge of the World", as a leader of sorts of the elven squad whose hospitality Geralt and Dandelion enjoyed.

In The Hexer TV series, in episodes 7, "Dolina Kwiatów" and 13, "Ciri", based on the short story, Galarr was played by Marek Włodarczyk.

In Norse mythology, Fjalar and Galar were two dwarves or dark elves who killed god Kvasir and turned his blood into the mead of poetry.