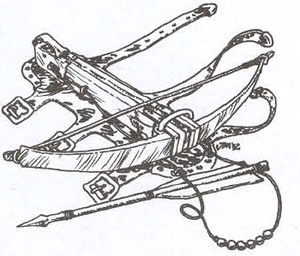 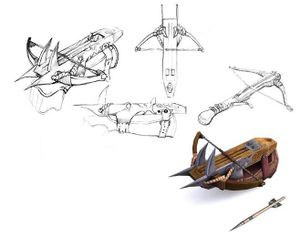 A gabriel is a miniature crossbow, possibly wrist-mounted, invented and patented by a craftsman from Verden. It is used for personal defence.

After its invention, an aggressive marketing campaign was initiated to sell them with slogans like "Protect yourself!" advertising its use to defend oneself from bandits and brigands. It became so popular that ironically most bandits could be counted on to have one as well, which fuelled further sales.

In the game, the Professor wields a miniature wrist-mounted crossbow, which is more than likely one of these weapons.