This quest begins when Geralt happens upon two young Skelligers by the Grymmdjarr Monument, one of whom is wounded.

Age-old customs can be as dangerous as they are beautiful - a lesson learned the hard way by the two young fishermen Geralt encountered on Ard Skellig. As youth of their line had done for ages, the men set out to light a fire on the shoulder of a certain gigantic statue. Sadly, one of them slipped on the plinth, fell and broke his leg. Geralt decided to help the injured man.

Ah, if only human bodies could tolerate witcher potions! Sadly, Geralt could not administer such a toxic brew to the fisherman in good conscience, so the injured young man had to be content with some celandine. Not much, not much at all, but still, something. 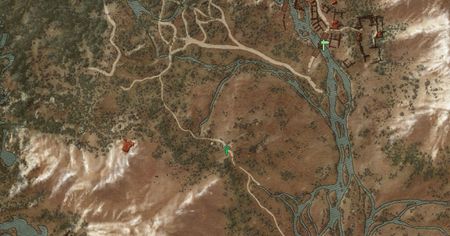