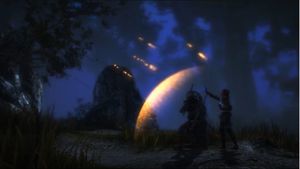 Also along with the new patch there is a new DLC called "Barbers and Coiffeuses". As you can guess, now Geralt will be able to change his hairstyle.</summary>

Some traders also provide barbershop services. For a small fee, Geralt can get them to change his hairstyle. Search notice boards for information about barbers and coiffeuses offering services of this nature in a given location.