Blog:Book news/Time of Contempt has finally been published in English! 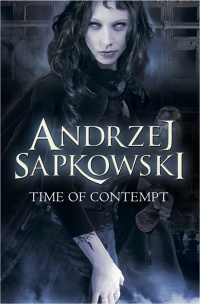 <summary>At last!! The second volume in the Witcher saga, Time of Contempt has been translated by David French and published by Gollancz in the UK. </summary>An American edition is due out at the end of August. There is also now strong evidence that the rest of the series will at long last be translated into English and made available to English-speaking fans.

The publisher, Gollancz, has released a blog on their independent website about the release: Gollancz blog - & there's a free giveaway! (which, tip: to win, just comment how much Geralt got for the Manticore.)